The writing prompt above is the current Storyathon theme. The deadline for submission is today, 17 June. Please encourage your students to proofread and edit their creations.

Haven’t started creating yet?
It’s not too late. On average, students spend 23 minutes creating their stories.

Why stop at one story?
Many students create multiple stories. They can submit up to three entries.

Have you tried printing the stories? They can look fantastic up on a wall, especially if framed or laminated. Happy writing!

In comparison to stories prior to COVID-19: 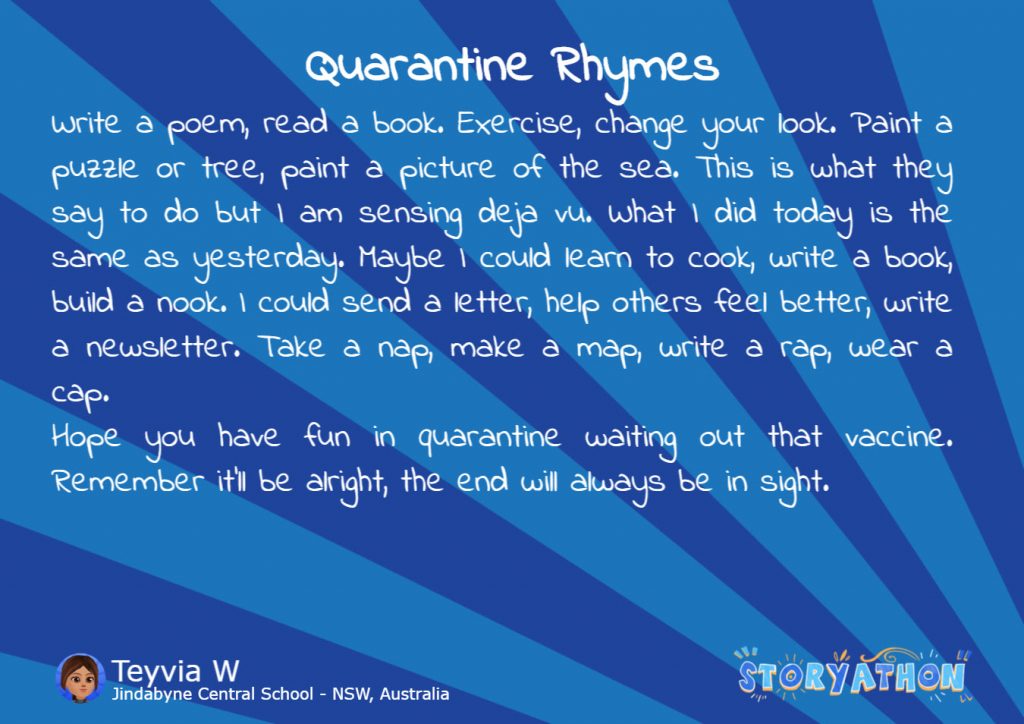 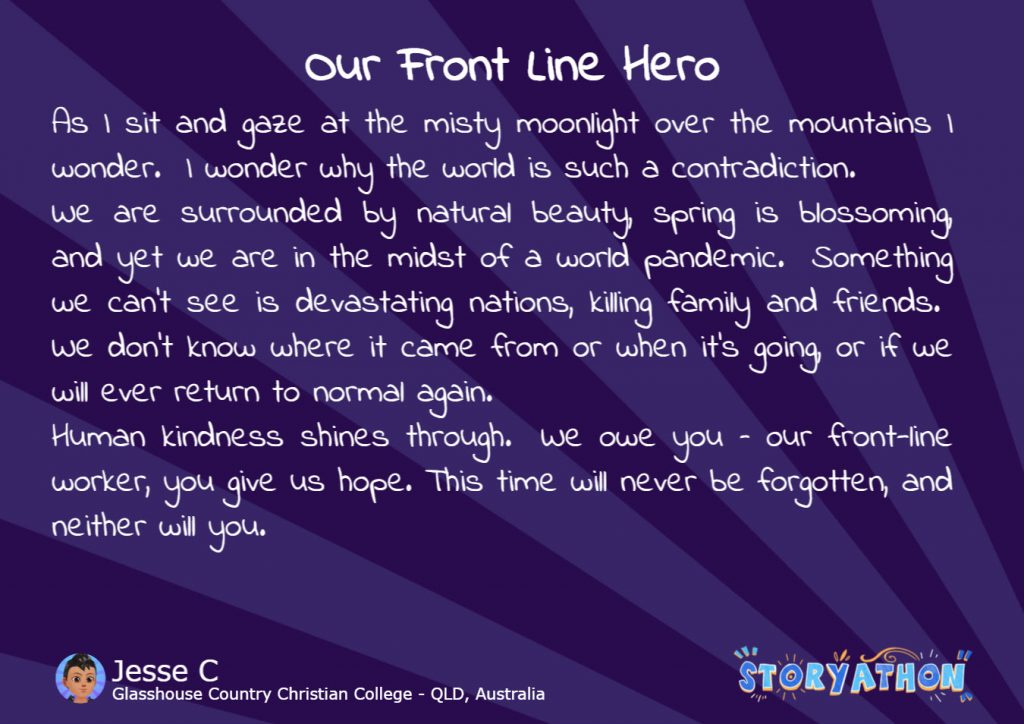 Storyathon is an exciting and free online event where students are challenged to write a story that is exactly 100 words. Since launching in August 2019, Storyathon has quickly become Australia’s largest story writing program with more than 50,000 stories already written. Teachers, feel free to join in at www.storyathon.com

About Writing Legends and Storyathon

Our mission is to help every child develop a love of writing.

Storyathon is an exciting and free online event where students are challenged to write a story that is exactly 100 words. This online event is for:
US and Canada: Grades 3 to 6;
Australia: Years 3 to 8;
New Zealand: Years 4 to 9.

Storyathon has already proved unbelievably popular with more than 3,000 classrooms participating. And more than 50,000 stories have been created to date.  Teachers, register for free today. Visit Storyathon  |  Contact us.

Writing Legends blends the best of technology with captivating writing prompts and modeling to dramatically improve teaching and learning. Writing Legends expands on many of the Storyathon elements. It includes a full range of writing types and supports teachers with features such as annotated exemplars, checklists and vocabulary analysis. It is suitable for:
US and Canada: Grades 3 to 6;
Australia: Years 3 to 6;
New Zealand: Years 4 to 8;
UK: Years 3 to 6.
Visit Writing Legends | Contact us.